Broadbeach Kindergarten established in 1953 is the oldest kindergarten on the Gold Coast and is an advocate of quality education and care for all children.

A group from the Broadbeach Development Association recognised a need for a kindergarten in the area and made application for a portion of land on the Reserve for Camping and Recreation on the current site.  The land was granted by the Minister for Land, E.J. Gaven and the kindergarten was built and will remain a kindergarten for as long as there is a need in the area.

The Kindergarten was affiliated with the Creche and Kindergarten Association of Qld and subsequently attracted ongoing funding from the Qld Dept. of Education.

In 2010, when the State Government announced a choice of Central Governing Bodies, the decision was made, along with many other community kindergartens in the area, to change to affiliation with Lady Gowrie.

​In 2011, following the decision by the State Government that Kindergartens give preference to children aged 3.5-4.5 years, no longer enabling the centre to offer children two consecutive years of early childhood education.

The first kindergarten teacher was a very young Meg Phillips who commenced when the kindergarten was finished.  Meg visited our kindergarten again in her eighties for our 60th celebrations.  She shared so many wonderful memories from those very early days.

The fifties and sixties were very different times.  It was quite acceptable for children to be popped on the bus and met at gate by a “responsible person”.

Broadbeach Kindergarten has continued throughout the years has educated over 4,000 children and continues to provide a challenging, exciting, supportive and happy environment in which children develop and grow. 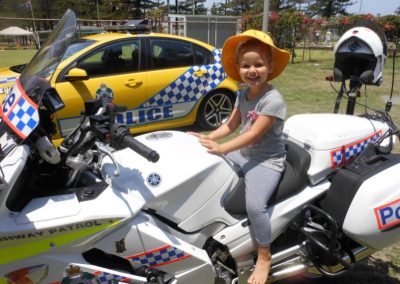 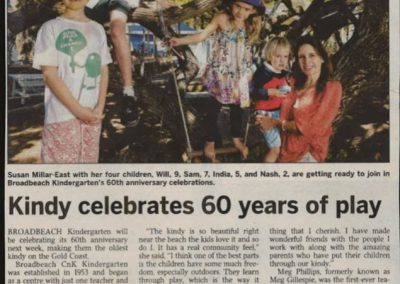 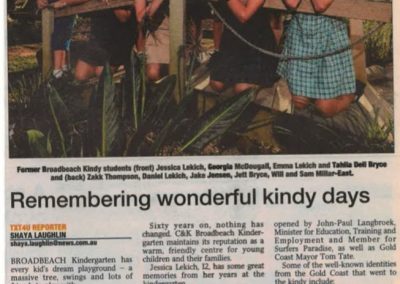 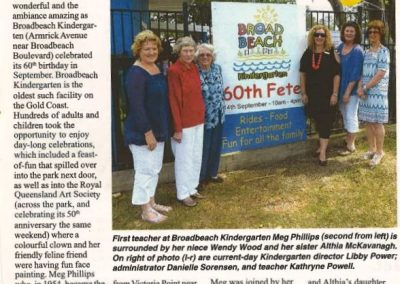 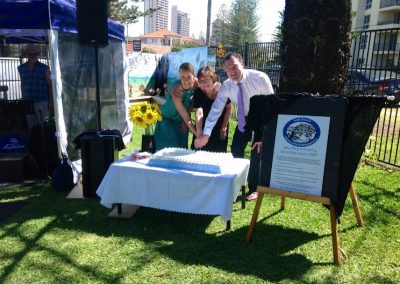 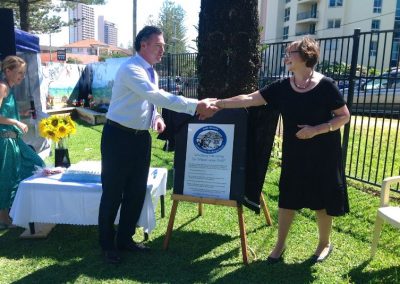 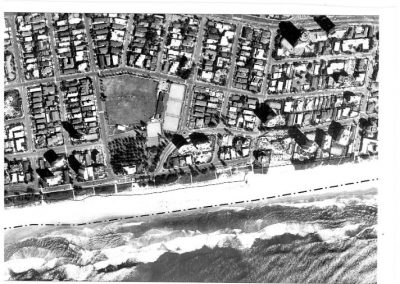 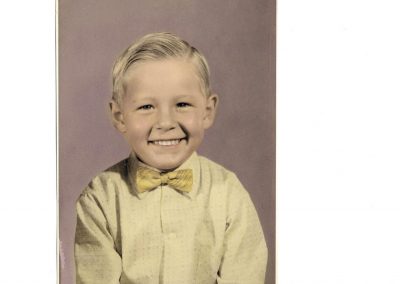 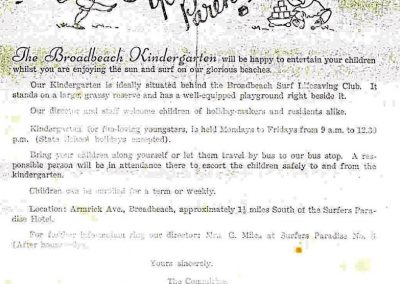 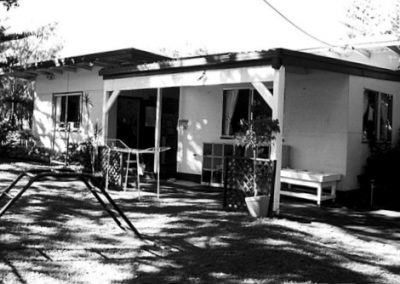 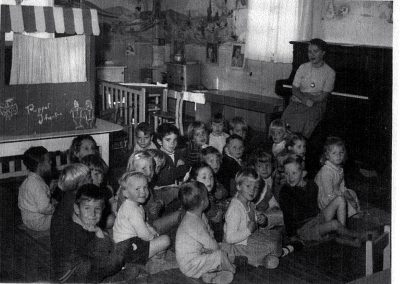 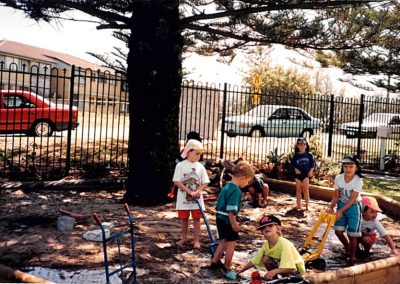 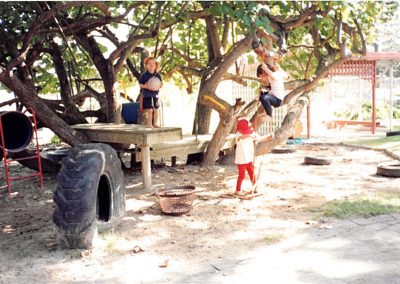